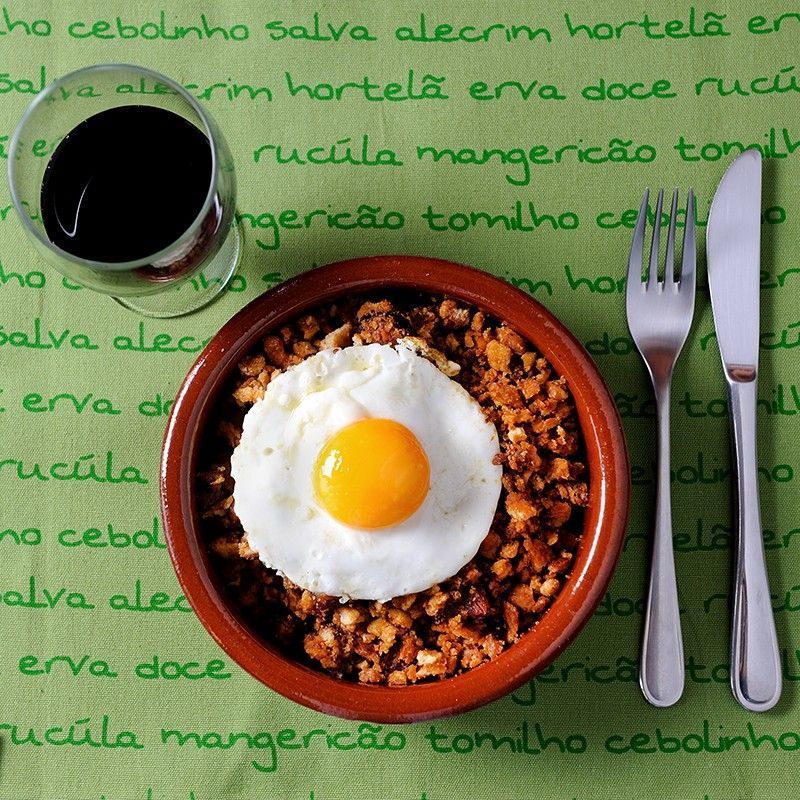 Migas - Crumbs with Chorizo, with free delivery to Europe

The Migas - Crumbs with Chorizo are a classic recipe of Spanish gastronomy. The ones branded by Floristán are made traditionally, with the best chorizo to give them a special flavour.

The Migas is a homemade, simple and tasty recipe. Ours are made with chorizo, concretely with chistorra, extra virgin olive oil and La Vera paprika. They are irresistible!

Enjoy this traditional Spanish dish thanks to Gastronomic Spain, the online shop of Spanish food that offers free delivery to all Europe. Place your order!

What are Migas - Crumbs with Chorizo?

Any Spanish person has tasted or, at least, knows them, but they are not usually found outside Spain, despite being one of the most known traditional dishes in Spain.

The Migas, also known as “migas del pastor”, is a traditional dish of the Spanish gastronomy. They are made with pieces of toasted bread, meat and various vegetables. Depending on the zone, they are called in one way or another, for example, in the Spanish southwest they are known as “migas de harina” (“flour migas”).

Our migas are accompanied by chorizo, concretely by chistorra, and other ingredients like onion, garlic, among others.

This simple but tasty dish was once a “shepherd dish”, that is, an easy and rapid dish whose recipe varies.

Our Migas are 100% Spanish and are made with natural products of high quality. Although the ingredients are basic, the dish has an amazing flavour as a result of the spectacular combination of them.

The Migas - Crumbs with Chorizo that Gastronomic Spain offers are branded by Floristán, one of the enterprises that belong to Palacios, one of the most known companies of sausages. Floristán represents the commercialization of the most popular traditional dishes of the Spanish gastronomy, among which the migas are found.

It can contain egg, milk, soy, sulfites, fish and crustaceans.

How to prepare Migas - Crumbs with Chorizo Floristán

The Migas by Floristán are delivered in a pack of 2 servings, which have a net weight of 250 gr.

To prepare these Migas by Floristán, it will be necessary to add some water drops before heating:

Microwave: in an adequate recipient, for 3 minutes, maximum power

Earthen or metallic container: low heat, remove with a spoon for 3 minutes.

You can accompany them with grapes, tangerines, oranges…

Spanish Migas and its varieties: Extremaduran, Aragonese and Manchega migas…

Our Migas - Crumbs with Chorizo are 100% Spanish, like the other varieties. Depending on the Spanish zone, this dish will be called in one way or the other.

The important thing is not the zone, but their ingredients and their elaboration.

Buy Migas - Crumbs with Chorizo Online at an amazing price

If you live outside Spain and you were looking for a traditional dish like Migas - Crumbs with Chorizo, in Gastronomic Spain you can buy them at a low price, with free delivery in orders over 79.99€ or 89.99€ depending on the destination city.

It is an amazing dish to serve as an appetiser, as it is irresistible, just like the thousands of products of Spanish food available at our online shop.