In Gastronomic Spain, in addition to explaining what the Iberian shoulder is about, we also want to show you a wide catalog of Iberico pork shoulders in their different formats: sliced, in mace and whole leg. Scroll down and be amazed by our products, our prices and FREE shipping anywhere in Europe. 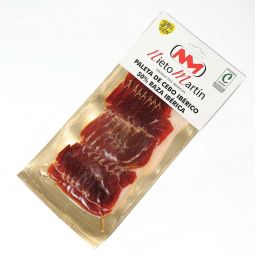 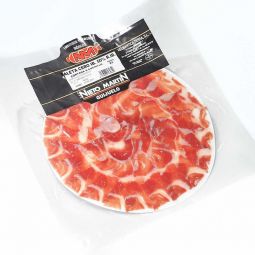 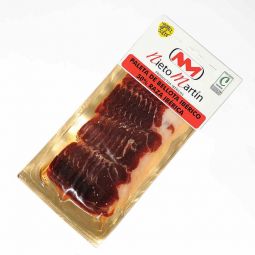 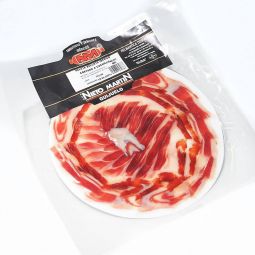 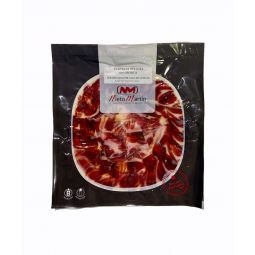 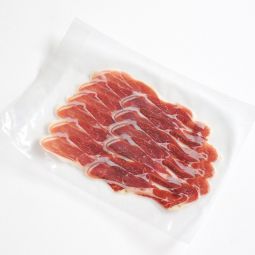 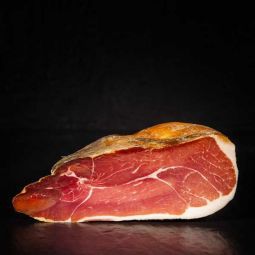 Gastronomic Spain is your store for cheap Iberico hams and shoulders in Europe and we have a wide catalog of Iberian shoulders in different formats, but we also have Serrano shoulders at your disposal. Enter this link.

The Iberian shoulder is very difficult to find in European supermarkets. It is a product of a smaller size than the Iberian ham itself, less curing and cheaper. But its quality is impeccable.

Buy one of our Iberian shoulders from any country in Europe and enjoy FREE shipping.

Characteristics of the Iberico Pork Shoulder

When eating an Iberian shoulder, it is necessary to take into account the different characteristics that are given to it, unlike Iberian ham.

The Iberian shoulder comes from the front leg of the Iberian pig and usually weighs between 4 and 5.5 kg.

Normally, Iberian pork shoulders have a higher proportion of fat and bone than the ham itself. In this way, the morphology of the shoulder blade is thinner and less rounded, which is why the slices can be cut finer.

In addition, the length of the pig's leg must also be taken into account. The palette can range from 60 to 75 centimeters.

The flavor offered by the Iberian shoulder is much more intense and powerful than ham, although it has fewer nuances due to its shorter curing time.

The curing time may vary depending on the type of Iberian shoulder we are targeting. Normally it ranges between approximately 14 and 36 months.

The price of the shoulder will depend on the type of Iberico that it is and its weight. The most expensive and highest quality shoulder is the Pata Negra acorn-fed Iberian shoulder. But if you want something cheaper and also of good quality, the cebo de campo shoulder would be a very good option.

Like hams, Iberian palettes vary depending on the breed and the diet the pig has had. For this reason, there are different types of Iberian cured shoulders that must be distinguished when buying one.

Cebo, cebo de campo, acorn (bellota) and pure acorn or pata negra would be the different Iberian shoulders that exist and that we have at Gastronomic Spain. Let's see what their differences are:

The Iberian cebo shoulder or cebo pork shoulder is a leg that comes from the front legs of the Iberian pig. The breed of the pig can be 50% or 75% Iberian. On rare occasions you can see 100% Iberian fattening Iberian pigs.

Said Iberian pig has had a natural feed diet and has lived in captivity. It is cured for a minimum of 12 months, it weighs between 4 and 5.5 kg. and it is the shoulder with less fat than the rest.

The Iberian cebo de campo shoulder of recebo shoulder, commonly known as shoulder of recebo It comes from Iberian pigs that have lived in freedom and their diet has been natural pastures, feed and some acorn. The breed is 50% or 75% Iberian and its cure is longer than 12 months. The fat percentage would be identified with the bait paddle.

Without a doubt, it is a very good quality product if you are looking for an inexpensive and exquisite Iberian shoulder.

The acorn-fed Iberian shoulder or bellota pork shoulder is an Iberian shoulder that comes from pigs that have lived in freedom and have fed on natural pastures and acorn throughout their lives. Its breed is 50% - 75% Iberian and its weight is about 4.5 - 5.5 kg. As it is a purer Iberian shoulder, it also has a bit more fat.

The acorn shoulder is a highly coveted type of pork shoulder. You can find it in whole ham leg, boneless or cut by machine or knife, different formats for you to choose to your liking. It has a higher price than the bait paddles, since the pigs have lived in freedom and their diet has been better.

Of all the palettes, this is the one with the highest price, but it is totally justified, due to its taste and quality.

All Iberian shoulders and hams, as a Quality Standard, are required to carry one of the 4 identification seals. This seal color is based on the diet that the animal receives, as well as its way of life.

 Black seal: this color guarantees that the father and mother of the pig are 100% Iberian. And that, in addition, during its fattening stage it has fed on acorns in the pastures. Pata Negra Palette.

 Red seal: comes from 75% or 50% Iberian pigs, fed on acorns in the pastures. Bellota shoulder.

 Green seal: pigs that are raised in the field, fed on natural pastures and feed and 100%, 75% or 50% Iberian breed. Cebo de campo shoulder.

 White seal: they have lived on farms and fed on feed and cereals. 75% or 50% Iberian breed. Cebo shoulder.

Iberico pork shoulders with the Guijuelo Designation of Origin

Guijuelo is a municipality in the province of Salamanca. It is well known for the Guijuelo Iberian ham and shoulder that they produce.

Guijuelo is the first Denomination of Origin of Iberian ham that exists in Spain and at Gastronomic Spain we want to offer you these Guijuelo shoulders, produced in Nieto Martín, one of the most traditional and prestigious ham drying rooms in the area.

The Denomination of Origin of Guijuelo refers to the specific characteristics with which these products are made: from the raising of the pigs to the curing process. Said characteristics accredited by ENAC give it a special and assured quality at the national and international level.

At Gastronomic Spain we are aware that everyone does not like to cut ham. We know that it can be difficult for those with little experience.

To do this, in our catalog you can find different formats so that you can choose the one that best suits your needs:

• Whole shoulder: to cut into a ham holder.

• Sliced shoulder: prepared and ready to be served.

So, take advantage of this unique opportunity and buy a good Iberian shoulder from anywhere in Europe, as well as many other typical products of Spanish gastronomy. FREE SHIPPING!