Without a doubt, Manchego cheese is one of the most popular and representative types of Spanish cheeses from the Iberian Peninsula. If you live outside of Spain and would like to buy Manchego cheese ... Gastronomic Spain is your online store for Spanish products with shipping throughout Europe. 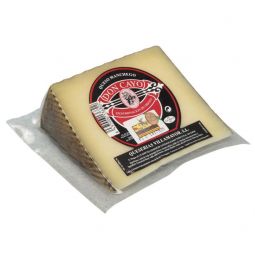 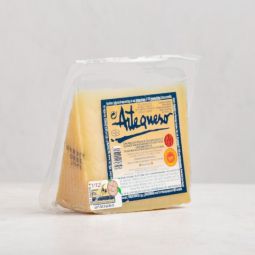 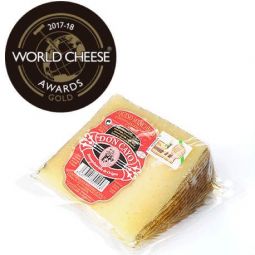 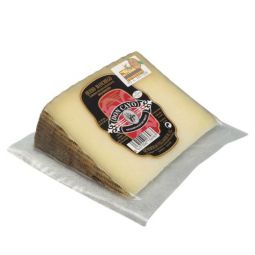 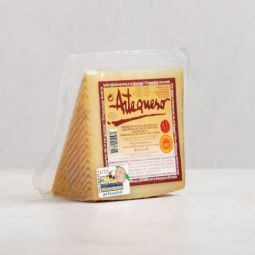 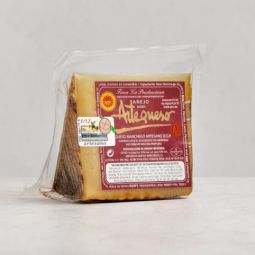 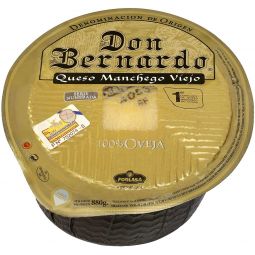 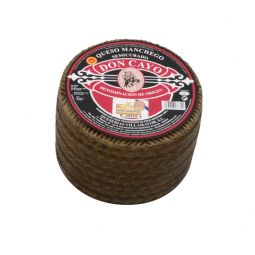 WHAT IS MANCHEGO CHEESE?

Manchego cheese is the Spanish cheese par excellence. It is a Manchego-type cheese made with sheep's milk and combines flavors such as sour, sweet, buttery and with a touch of nutty.

It is undoubtedly one of the jewels of Spain. As well as the Iberian ham or the Spanish chorizo.

As its name indicates, "queso Manchego" comes from the Castilian-Manchega community, a location with a dry and harsh climate.

Its origin dates back to the Bronze Age where the Iberian civilization already made a sheep cheese whose raw material came from the La Mancha sheep breed. To this day, this breed of sheep has survived the centuries and has adapted to the location where the very name of Manchego cheese originates: Castilla y La Mancha.

DESIGNATION OF ORIGIN OF MANCHEGO CHEESE

The Denomination of Origin of Manchego cheese is the guarantee and authenticity of the product itself, in which there is a process from the origin to the final consumer that is governed by specific guidelines so that each piece is unique.

To identify that it is a 100% Manchego cheese, we will look at its label. The word '' Manchego '' must appear on it, as well as specify that it has been made entirely with La Mancha sheep's milk.

Adhered to the commercial label, we can find the back label that belongs to the Regulatory Council of the Denomination of Origin with its own logo, numbered and serialized. This guarantees its name and the passing of the required quality controls.

And it should also be noted that the Denomination of Origin of Manchego cheese covers parts of the provinces of Albacete, Ciudad Real, Cuenca and Toledo.

Since our origins in 2016, we have trusted the De La Huz cheese factory. A Manchega cheese factory, located in the province of Cuenca and that has a great tradition and prestige in terms of cheeses.

In the cheese factory different types of Manchego cheeses are made, among which we highlight the Don Cayo cheeses. Manchego cheeses with great international prestige and that have been awarded on many occasions by the Word Cheese Awards.

In Gastronomic Spain you can find excellent Spanish, Manchego and non-D.O. Manchego, with FREE shipping throughout Europe.

The main characteristic of Manchego cheese is its milk, a milk exclusively from Manchego sheep.

The La Mancha sheep breed has not undergone mixtures or changes, that is, it has maintained purity and that is why Manchego cheese is unique and with its own Denomination of Origin.

Manchego cheese is also characterized by being a cheese with a personalized flavor with hints of walnut, a buttery texture and a unique acidified dairy aroma.

Normally, Manchego cheese has a cylindrical shape with two flat faces, and a height of 12 cm. approximately. On the other hand, the rind of Manchego cheese is hard and light yellow or ivory in color.

It is undoubtedly one of the richest Spanish delicacies.

The variety of benefits of Manchego cheese that it brings to our body are very positive.

Among the benefits we can highlight that it is a very important source of calcium, very necessary for the development of bones, especially in children, pregnant people and the elderly.

Another notable benefit of Manchego cheese is the large amount of energy and protein, as well as the high content of minerals and vitamins.

In addition, Manchego cheese works as a digestive and balanced food.

HOW TO MAKE THE MANCHEGO CHEESE

The process of making Manchego cheese is very similar to that of other Spanish cheeses.

The beginning of the production goes back to the milking activity and subsequent refrigeration of the La Mancha sheep's milk.

Then, already in the manufacturing area, the curd is cut, drained, molded and identifier of the piece. For later, pressing the piece of cheese, turning it over and salting it, and finally the preservation and maturation stage.

This last period of drying and maturing of Manchego cheese is the most important since it must be in specific conditions.

TYPES OF MANCHEGO CHEESE ACCORDING TO ITS CURE

According to the type of curing, Manchego cheese is classified into different types. They must have a minimum cure of 60 days and a maximum of 2 years.

Within this range of curing there are three types of Manchego cheese: semi-cured, cured and old.

It is the type of Manchego cheese with the least curing of the three existing varieties.

It should be noted that cured Manchego cheese was the winner of the World Cheese Awards during 2019.

Finally, the old Manchego cheese is the Manchego type cheese with the most curing of the three, exceeding 12 months.

It is also known as reserve or aged Manchego cheese. It is a type of cheese that is characterized by the loss of all moisture, which causes an intense flavor and a certain itchiness.

Manchego cheese is undoubtedly the most popular Spanish cheese. Although it is true that the most common is to eat it with bread and a little red wine. Many cheff use manchego cheese in many traditional and avant-garde recipes.

There is no doubt that Manchego cheese and wine are a scandal combination.

We put ourselves in a situation: it is late / summer night and we are after dinner with friends or family ... Manchego cheese and wine, be it white wine or red wine, would sweep away in a matter of seconds.

The wine is perfect to pair with Manchego cheese. Thanks to its body, the flavor of the cheese itself is enhanced and this causes an explosion of flavors that can leave more than one with their mouths open.

Do you dare to do the test? Discover the Gastronomic Spain wine cellar with more than 150 quality wines.

WHERE TO BUY THE BEST MANCHEGO CHEESE ONLINE?

If you live far from Spain and you long for Spanish gastronomic products, Gastronomic Spain is the solution to your problems.

Buying Manchego cheese online is easy and you can have it in your kitchen in a matter of days. In addition, shipments to Europe are totally FREE with orders over € 79.99 or € 89.99, depending on the country.

Take advantage of this unique opportunity and savor Spanish pleasure from any corner of Europe. Iberian ham, Spanish chorizo, all kinds of cheeses, appetizers and wines with Denomination of Origin, as well as many other products that may surprise you.