Many experts consider the process by which salt fish is produced to be “as old as the world”. Over the years, this process has changed with new techniques, but the essence remains the same.

Cleaning, stacking, resting, washing and airing are the steps to make a good salt fish. 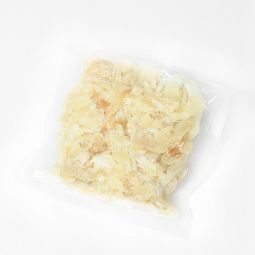 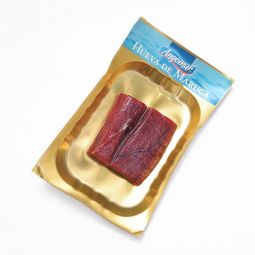 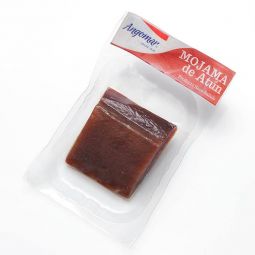 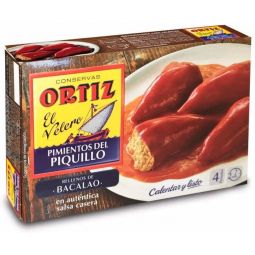 WHAT IS THE PROCESS OF SALTING ?

Salting is the practice of preserving fish by partially dehydrating the product, reinforcing the flavour and inhibiting certain bacteria. It is a natural process in which only salt or brine is used.

You are probably familiar with some salt fish, such as mojama, cod, ling roe or dried blue whiting. Well, it is precisely these four products that Gastronomic Spain offers you, with FREE delivery throughout Europe and with a excellent quality-price ratio.

We have to bear in mind that not only exists salt fish, also other foods such as meat are subjected to the salting process. However, the best known foods that go through this salting process are: cod, tuna mojama, ling roe and dried blue whiting, four of the products that we offer in our online shop at Gastronomic Spain. If you are looking for other types of seafood, Gastronomic Spain has the largest variety of Spanish products with FREE shipping across Europe, you can see them here.

We are going to inform you now about the types of getting salt fish that exist, as practically all the marine spices can go through the salting process.

Among all of them, we at Gastronomic Spain highlight the two best known types of salt fish among the existing ones: the dry and the wet ones, both of which have their singularities and purposes and are applied according to the type of fish that we want to preserve.

It is used particularly for lean species of fish. Dry salting consists of putting the meat we want to dehydrate in contact with the dehydrating element, the proportions will vary according to the regions and the temperatures at which the fish is to be processed.

Wet salting is done by watering the meat with a brine of water and salt. After 3 or 4 weeks you get a piece of juicy brine meat, which should not be kept as long as the previous one.

Gastronomic Spain offers the following salt fish, of good quality and at an exceptional price.

Tuna mojama is a salted tuna that is made by pressing the tuna meat in coarse salt. It is then washed and drained before being left to dry in the air for a few days.

Mojama is made from the loins of the descargamento and descargado tuna after salting and air-drying.

Normally, tuna mojama is usually sliced very thinly and lightly coated in olive oil. However, it is also possible to obtain the mojama tuna loin as a whole piece.

At Gastronomic Spain you will find the two formats, one for filleting (net weight of 150g) or the other already filleted (net weight of 75g).The mojama is vacuum packed and ready for consumption.

The ling roe comes from the eggs that are extracted from the fish and are prepared conveniently for eating.

The ling roe is produced in a natural way, with a careful and measured salting process. The roe is salted and pressed to release the water contained in it. Once the pieces of roe are without water, they are hung in drying sheds in the sun until they are marketed or consumed.

At Gastronomic Spain we offer the ling roe extra, which comes from the Norwegian Sea and is produced in the province of Murcia.

The dried blue whiting, also known as cured blue whiting, is one of the most common white fish in our market. The blue whiting is a healthy, economical and highly demanded fish. It is characterised by its soft, tasty and not very firm flesh.

It can be cooked in a great variety of ways, although the dried blue whiting variety is the most common. This technique consists of leaving the fish to dry so that it can be eaten later on without any problem, either in salads or in tapas.

Our cod crumbs come from cod, which has been fished on the high seas of Iceland. The ingredients are: cod (Gadus Morhua), Alaskan cod (Gradus Macrocephalus) and salt. These cod crumbs are ready to eat or to be desalted as desired.

The cod crumbs are ideal for salads or macerated in olive oil. It is a natural and artisan product, with a very high source of protein and low in fat.

Gastronomic Spain is always ready to serve you, always providing you with the best Spanish products on the online market!