In Gastronomic Spain you can find a great variety of ham holders at great price and suitable for your needs.  This type of ham holder is where ham is held to cut it without any problems.

What's nicer than having a leg of ham held in the ham holder above your kitchen bench? Discover all the items available with shipping all over Europe here: 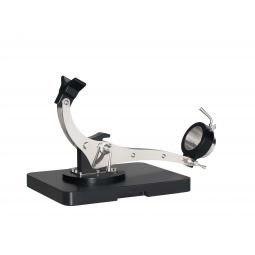 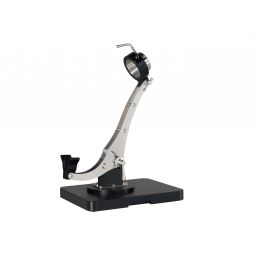 What is a ham holder?

The ham holder is perfect for holding the leg of ham and being able to cut it in perfect thin slices. It is also known as jamonero support or portajamones, although its most common name is ham holder.

At the time of purchasing a ham holder you should keep in mind the following aspects:

One of the most important aspects is the intended use of the ham holder. If you are looking for a ham holder to cut the ham you got in Christmas, just keep it simple and choose one of the cheaper ham holders because you won't be using it anymore.

It is like any other ham holder but with rotating supports (head) to rotate the ham on the holder without having to move. It allows the ham to be turned completely around in an easy, clean and comfortable way.

This ham holders are the most comfortable when it comes to cutting the ham. Usually, these professional ham holders are made of stainless steel and have great freedom of movement.

Buy a cheap ham holder with FREE shipping to all Europe

If you live in any European city and you want to buy a cheap but high quality ham holder, the Gastronomic Spain online store is your best option.

We have a great offer of excellent and affordable ham holders, as well as hundreds of products typical from the Spanish gastronomy that you can’t find in your local supermarket.

We also have available a wide range of ham knifes to perfectly cut your ham. You shouldn’t miss either the catalogue of Iberian ham and serrano ham, as well as ham shoulders and picnic ham of excellent quality and unique price.