Do you remember when you went to deli and they gave you a piece of longaniza de Pascua? What great memories! We make it easy for you because Gastronomic Spain offers all types of cold meats such as: salchichón iberico , bush Salchichón, fuets, homemade longanizas or longanizas. 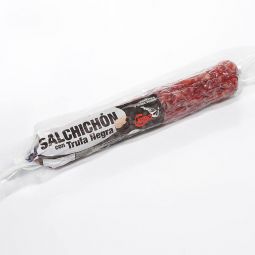 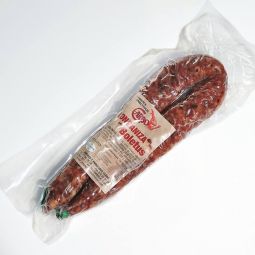 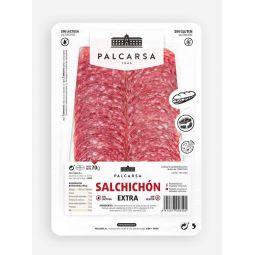 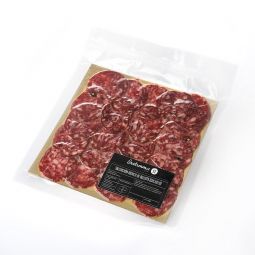 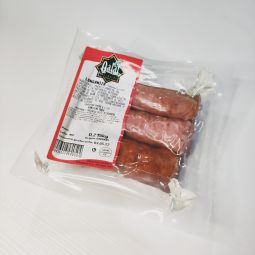 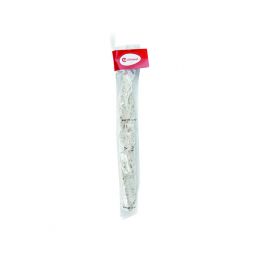 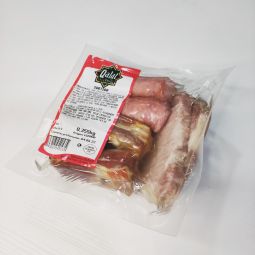 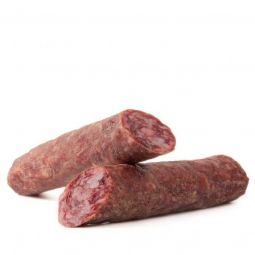 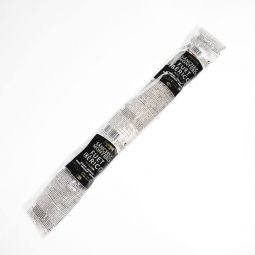 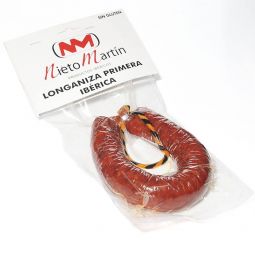 However, the salchichón is not as common as the serrano ham and chorizo iberico. It is an occasional product but it is undoubtedly very popular in our daily life and our gastronomic culture. You can find a wide variety of types of salchichón, as many as there are towns in Spain.

Each of them has a personal touch from the area where it was made, which makes it unique.The salchichón is a Spanish salami that is made mainly from pork. The ingredients of this salami are: Lean and lard pork, black pepper and salt.

There are other types of sausage such as the longaniza de Aragón, a soft, tender and very juicy sausage with a spicy taste. When this longaniza is cured you can eat it with a "palo seco" (alone) or with a good village bread.

You can also find the fresh Aragonese longaniza, to fry it and to prepare it in different dishes and stews. What wonderful memories when you were a little boy visiting deli with your parents and the shop assistant used to give you a piece of longaniza de Pascua. You used to sit there and pass the time eating it. Is it still being given away?

The king of the salchichón is without a doubt the cular salchichón ibérico, you can find it in both cular and candle format. Many people buy it as whole pieces and other people prefer buy it sliced. Open it. Eat it. Either way you want it, you can have the Iberico acorn-fed salchichón or Iberico bait salchichón that you like best. Our Iberico salchichón is a highest quality Spanish sausage. We offer different types of salchichón in order to suit your tastes. Be it a cular salchichón or an acorn-fed salsichón. We are your shop of cheap hams and Spanish food. We have free shipping all over Europe, check the conditions.

In addition, salchichón is important in bushmeat world too. The boar salami and the deer salchichón have a unique taste that everybody likes. It reminds you of past summers in the village, in the river, in the picnic that your grandparents had set up for you.

Do you eat them with or without skin? In fact, in our blog we have an article about the fuet salami, which can help you to answer this question.

We can eat it on toast with olive oil and a little tomato or "a palo seco". What a pleasure! I am sure that your mouth is watering.

The truth is that both fuet, the espetec one and longaniza once opened, it does not last more than a minute. People usually hide it in the back of the fridge. Specifically behind the green beans.

Other types of fuet

Ther more spicy types of fuet have appeared for a long time, such as fuet with fine herbs, which is covered with rosemary.The red pepper fuet or the black pepper fuet are coated with pepper and it gives them a unique taste and flavour. For the naughty, you also have the mini fuets, which you can eat in one bite.

Enjoy the serrano salchichón, fuet or longaniza as a delicious snack. Just be happy with so little.

You could say that longaniza is a combination between a fuet and a salchichón. It is usually a Spanish cold meat with a lower cure period, which makes it has a softer and juicy texture. We can find fresh sausages, which must be cooked before consumption. The Spanish sausages are made from minced pork meat, seasoned with spices and stuffed into natural casings.

In Gastronomic Spain we offer you different longanizas, from different areas of Spain:

It is one of the most popular Spanish sausages on the peninsula. The thinnest part of the intestine is used to make a sausage with a diameter of 1 cm. It is tasty. Everyone likes the Longaniza de Pascua, irrespective of age. It is a spicy and juicy sausage.

In addition, it comes from the Community of Valencia. And, in spite of it can be eaten all year round, it is a custom to consume it during the Easter holidays.

The llonganissa from Vic is very similar to the longaniza payés. It is a thicker sausage than the fuet, the longaniza de Pascua or the Aragonese longaniza. It has a longer curing period and it is covered with a thin layer of mould that gives it that peculiar touch.

The llonganissa from Vic is made in Catalonia, but has spread throughout Spain. This sausage has a bright, intense red colour and when it is cut, the small cubes of fat and black peppercorns are perfectly visible.

The Aragonese longaniza is delightful. It is a horseshoe-shaped sausage with a diameter of about 2 cm and an average cure. It is a juicy longaniza, it is not dry, but it is eaten raw. You can find it with other variants, such as the Aragonese sausage with black truffle. Without a doubt it is a type of gourmet sausage that you have to sample.

As a curious fact: the Aragonese longaniza was the first product to have a quality mark.

The longaniza Ibérica is original from the province of Salamanca. It is a Spanish food with a seal of Guijuelo, that means a high quality product.

The longaniza ibérica comes from 100% selected meats of Iberico pigs and fed with natural products such as cereals, herbs and acorns.