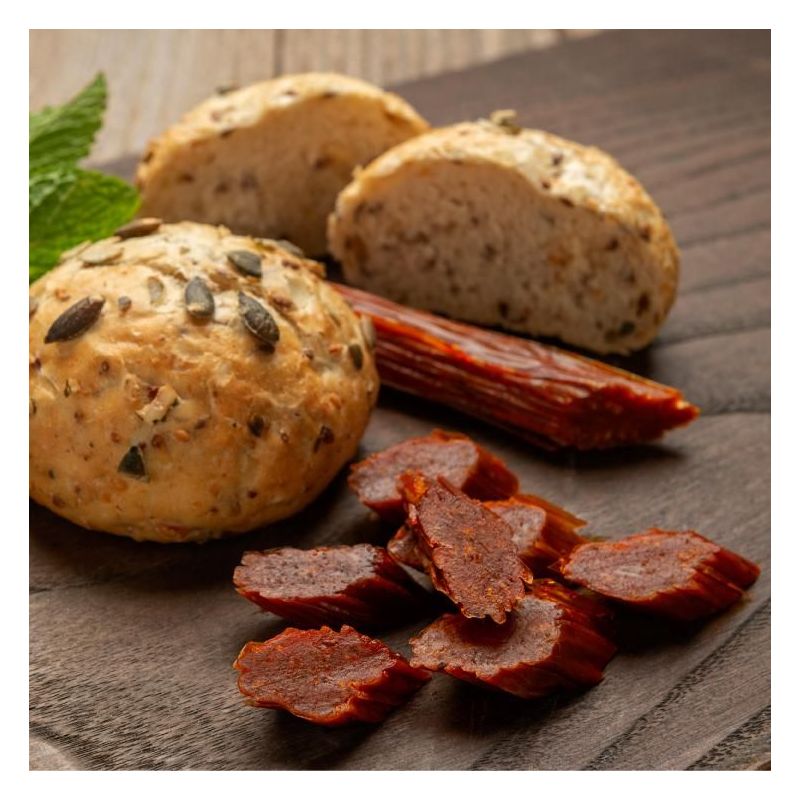 If you love vegan food, but don't know how to make a vegan chorizo, I advise you to try our vegan chorizo. It is made from pumpkin and is a 100% natural product. It is a very versatile vegan chorizo, since it allows you to fry it, so it can be better integrated into your recipes. Vegan food is becoming more and more widespread and the vegan chorizo (pumpkin) will make your dishes tastier.

It is a vegan chorizo, since it has been cold meats and cured for at least 30 days. When dehydrated, the texture remains similar to that of chorizo. You could say that it is a vegan meat.

It is ideal that you fry the vegan chorizo (calabizo) before eating it, although it can also be eaten raw. It is very important to remove the cellulase casing before frying and eating. Buy vegan chorizo online. When you buy it you will repeat! Discover the entire catalog of Gastronomic Spain chorizos.