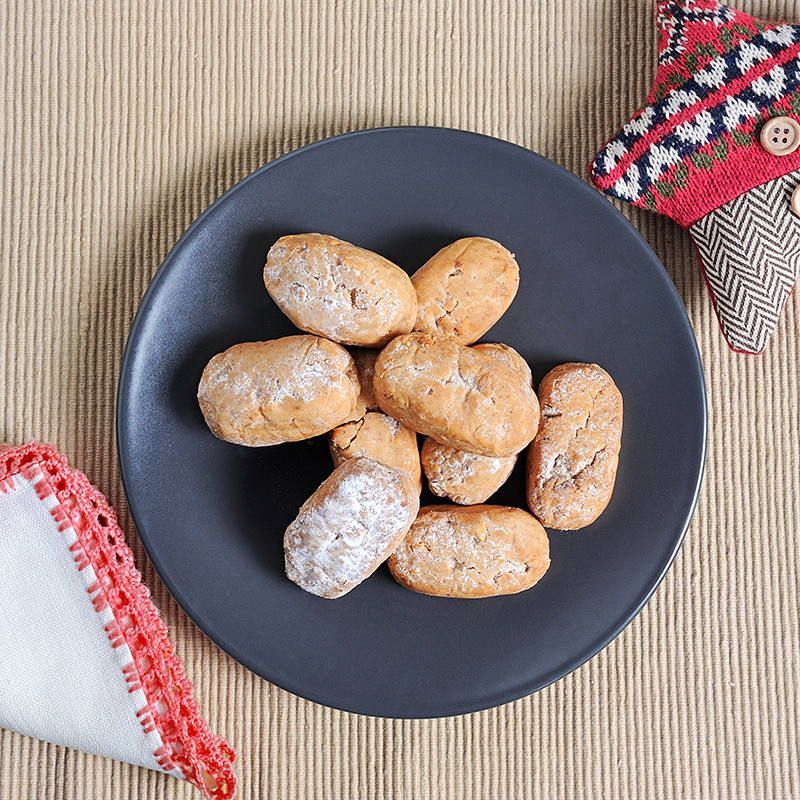 Polvorones La Vicaría: what they are and characteristics

The almond Polvorones La Vicaría are a typical and traditional sweet of the Christmas season. Normally it is consumed only during these special dates, although some region like Navarra enjoys them all year round.

Polvorones La Vicaría are made from flour, butter, sugar, cinnamon and almonds. It is one of the typical products of Christmas pastries in Spain, like nougat, marzipan or mantecados. In fact, there is a great similarity between polvorones and mantecados.

It should be noted that our artisan polvorones from La Vicaría is one of the products covered by the Quality Guarantee Protected Geographical Indication "Mantecados de Estepa". This indication (PGI) guarantees compliance with the requirements for its quality offered by La Vicaría, the producer with a long history that combines the heritage of the ancestors with the most modern technologies.

Also, the presentation is impeccable. They are presented rolled in tissue paper and wrapped one by one to preserve their flavor and aroma. Contains 400 gr.

* May contain traces of peanuts, sesame and other nuts.

In addition, you also have the most typical and traditional Spanish food such as Iberico ham or Manchego cheese. All this and much more with FREE shipping from orders over € 790.99 or € 89.99 depending on the destination.

Enjoy the best Spanish gastronomy and surprise your European friends.