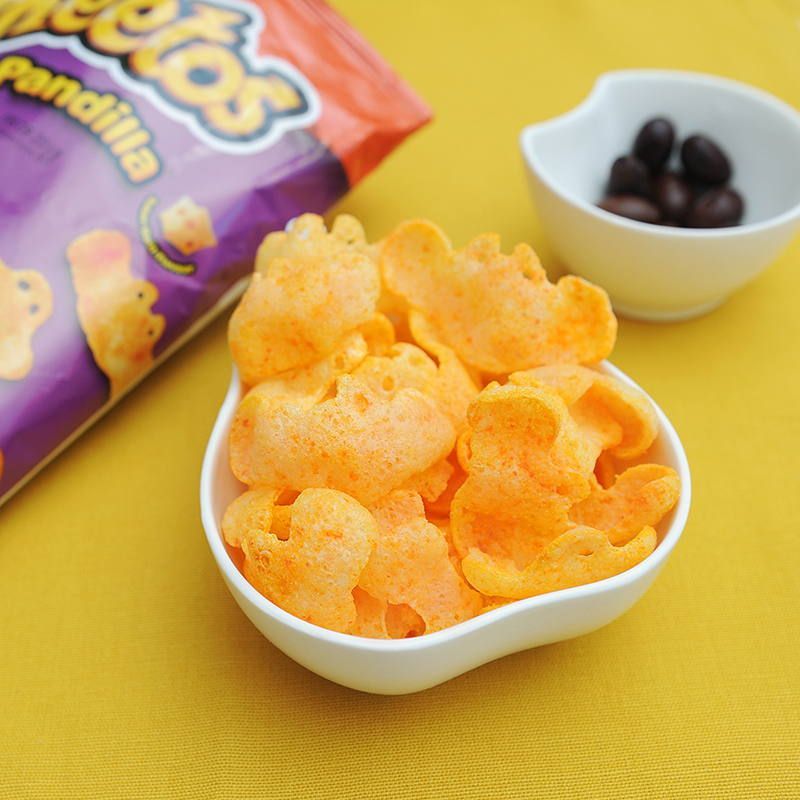 What are the Cheetos Pandilla - Purple Cheetos ?

Cheetos Pandilla - Purple Cheetos are cheesy flavored snacks. Cheetos are fun corn, potato and cereal snacks that have a peculiar shape: in the shape of a ghost.

Cheetos Pandilla are part of the PepsiCo family, the manufacturer of snacks par excellence in Spain. PepsiCo offers a very varied catalog of Cheetos that you can find at Gastronomic Spain.

These Cheetos Pandilla have been with us for many years and we want them to continue to do so, even if we are far from Spain. So, enjoy the little pleasures from anywhere in Europe with FREE shipping.

Characteristics of the Cheetos Pandilla

Authentic Cheetos Pandilla - Purple Cheetos Snacks taste like cheese. They form a few crunchy bites but at the same time they melt in your mouth. The main characteristic of the Cheetos Gang is that, in addition to being delicious, they are snacks in the shape of a ghost or bat, which crunch in your mouth when you eat them.

Notably, previously the Cheetos Pandilla were called Drakis and sometimes cheetos Halloween. These Drakis were known as "teeth that eat" as they referred to Dracula and the Transylvanian count. In the 90s the name of Cheetos Gang was adopted but keeping the seal in its forms and flavors.

Our Cheetos Pandilla (Purple Cheetos) are packed in an airtight bag and have a weight of 96 grams. It's a large bag of Cheetos Gang to enjoy as a family.

Ingredients of the Cheetos Pandilla

They are also called Cheetos Fantasmas or Fantasmitos (ghost)

Pandilla snacks are also popularly called Cheetos Fantasmas or Fantasmitos (ghost). This is due to the form these fun snacks take.

Do you remember those afternoons in the town square or the previous Saturday barbecue with friends eating Cheetos? Now you can relive it again.

Discover the great catalog of Cheetos, as well as many other typical Spanish snacks thanks to Gastronomic Spain and its FREE shipments throughout Europe.