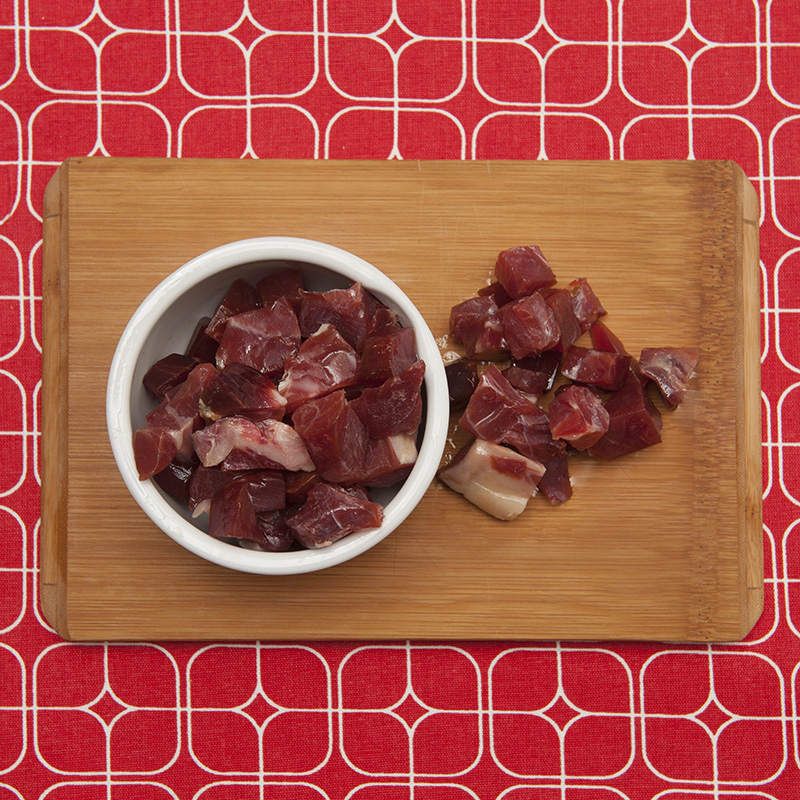 Thick Chopped Ham is an ideal Spanish product to make recipes. It comes from a low-fat white pork ham, specifically from a Spanish Serrano ham that has been cured for at least 18 months. These pieces of ham are coarsely chopped so that they can be used in different recipes.

Forget about cutting ham from the ham holder and buy your freshly sliced ham from Gastronomic Spain, your online Spanish food store with FREE delivery all over Europe.

An unpretentious white pork ham, perfect for cooking and adding that cured ham touch which is so popular in Spanish gastronomy. When you buy coarsely chopped ham, you save yourself the trouble and time of cleaning up kitchen utensils.

Use chopped ham directly in your favourite recipes or serve it as an appetizer with a good Manchego cheese and some red wine.

Just like our coarsely chopped ham, at Gastronomic Spain you can find thousands of Spanish products waiting for you from all over Europe, with FREE delivery!

Buy ham online, a Spanish product difficult to find in Europe. Buy cheap ham to cook a good “sofrito” or any recipe that you like to combine ham with.

Our thick chopped ham is more than just that. It comes from white pigs, especially from Duroc breed, one of the most popular white breeds due to its characteristics.

It is considered a Serrano Reserva ham as it has been cured for at least 18 months. The shape of the ham cubes is thick, unlike our other finely chopped ham.

It is the perfect ingredient to be used in recipes such as lentils with ham, stews or tartares. Do you dare to try the incredible Reserva chopped ham?