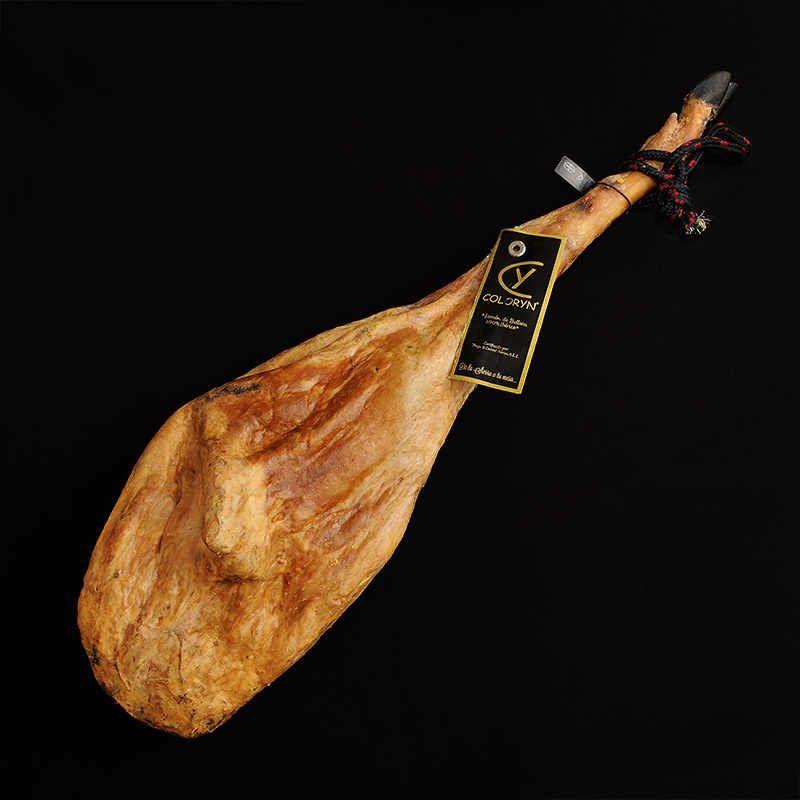 What is a Pata Negra Iberico ham?

There are many Ibericos hams, but none like Pata Negra. It is the highest distinction of Spanish hams.

Pata Negra Iberico ham is the highest quality ham, from 100% Iberico porks. These purebred Iberico pigs are characterized by having lived in specific conditions to be able to obtain such a high quality Pata Negra ham.

Are you a lover of Iberian ham? At Gastronomic Spain we have the largest variety of Spanish hams with FREE shipping throughout Europe.

Our Pata Negra Iberico ham is a whole leg of approximately 7.5 / 8 kg. This Pata Negra ham has been made from Iberico meat from 100% Ibericos porks, without crosses. These pigs have lived in pastures and in full freedom, in addition to having been fed on natural grasses and acorns.

These conditions gathered from 100% Iberico porks, result in a Pata Negra Iberico ham. A pure bellota ham that will not leave anyone indifferent.

Pata Negra Iberico hams are characterized by being juicy, having a special fat and a flexible and elastic texture. Characteristics that favor the easy cutting of the ham in the ham holder.

Ibericos Coloryn are in charge of the production of the excellent Pata Negra Iberico hams. Coloryn is located in Sierra Morena, the nerve center of Iberian pigs in Andalusia.

They carry out a completely artisan curing process, applying individualized monitoring to each ham for the appropriate time, and thus achieving the optimal curing of each product.

In addition, our Iberico ham is part of the black label hams. This means that it has the own certification of a pata negra ham and meets all the necessary characteristics that determine it.

How to start a Pata Negra Iberico ham:

When starting an Pata Negra Iberico ham, you have to be especially careful. We cannot start cutting anywhere, we must have a series of guidelines to follow to make a perfect cut and not destroy the piece.

Keep in mind that when cutting ham, the perfect size of a slice is about 5-6 centimeters. In this way, the flavor, texture and aroma will be much better appreciated.

You also have to take into account the knives to use. A pointed knife is recommended to remove the bark; a boning knife to break off the bone; and a ham knife to cut the ham to perfection.

You could say that the Pata Negra Iberico ham is the best of the best. Treat yourself to enjoy the best ham and buy an Pata Negra Bellota ham at Gastronomic Spain.

If you live in a city in Europe, we know the complications you have to buy ham in supermarkets. To do this, the Gastronomic Spain online store will help you forget about this problem. We not only offer Iberian ham, you can find a very extensive catalog of the best Spanish food ever imagined.

And you know what's best? Totally FREE shipping throughout Europe!

Do you dare to try it?