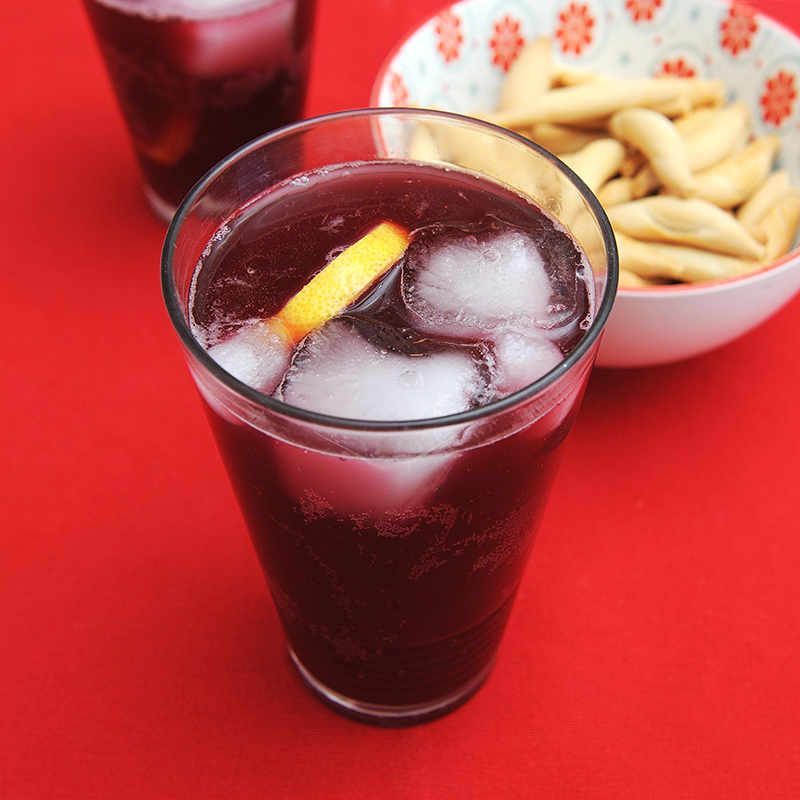 Spanish Tinto de Verano La Casera is the tasty, light and refreshing drink of summer. Thanks to the fusion between La Casera soda and a balanced Tempranillo red wine, the perfect combination is formed to sweeten each summer.

Although we are referring to summer, this delicious classic red from La Casera can be drunk throughout the year since thanks to Gastronomic Spain you can buy it from any city in Europe, as well as other types of wines.

But Spanish Tinto de Verano La Casera is a summer classic that cannot be missed on barbecues, paellas or as a side dish for aperitifs.

La Casera is a Spanish soft drink brand in which carbonated drinks predominate. It was founded in 1949 and is currently one of the most recognized soft drink companies in Spain.

The production of Spanish Tinto de Verano La Casera is very easy, but even more so if they give it to you, like Gastronomic Spain. But we are going to give you some guidelines that may serve you in the future:

1. Fill the pitcher with ice (to taste).

2. Pour a young, tempranillo type of wine. And the other half of goseosa La Casera.

4. You can add a few drops of vermouth.

5. It is also common to add a lemon wedge.

6. The only thing left is to enjoy this delicious soda.

La Casera Spanish Tinto de Verano is a Spanish product that is very difficult to find outside of Spain, even separately.

Now with Gastronomic Spain you have the problem solved. Buying Tinto de Verano La Casera is very easy and you also have FREE shipping throughout Europe. Do not forget that we have more than 1200 typical products of Spanish gastronomy for you to enjoy wherever you are.

Do you dare to place an order?